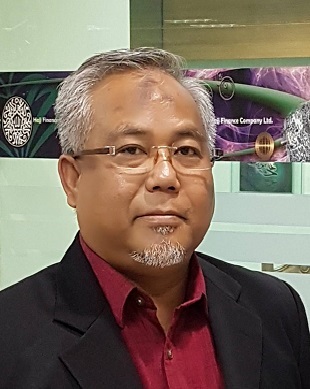 Shazali Shauf, a Malaysian, has more than 25 years’ experience in finance, investment banking, fund management and haj fund operations. He is currently the Executive Chairman and shareholder of Global Haj and Umrah International Corporation (GHUIC), a company which provides advisory and facilitates the establishment of Haj Funds and Islamic Banks outside Malaysia.

A graduate in Master of Science in Finance from Strathclyde Business School Scotland United Kingdom, Mr Shauf was the founding shareholder and former Deputy Chairman of Haj Finance Company Limited Bangladesh (2006-2015), a licensed finance company based in Dhaka Bangladesh which provide saving schemes for Haj and Umrah as well as providing Islamic Finance products to the Muslim populations of Bangladesh. Currently he is a board member and Audit committee member of Hajj Finance.

Prior to the establishment of GHUIC in 2001, Mr Shauf was the CEO of an Asset Management Company for Permodalan Terengganu Berhad (PTB), a sovereign wealth fund of the oil-rich State of Terengganu Malaysia. He had also served in several reputable companies and banks in Malaysia including Petronas a state oil company and Maybank, the biggest bank in Malaysia.